CITY OF CAPE CORAL RAIDS THE PRIVATE HOME OF THE NELSEN RESIDENCE - AGAIN!

The private residential home of The Nelsen Residence, a local religious community, was again raided by authorities of the City of Cape Coral. Disguised as a required legal maneuver for their discovery process pursuant to a Rule 1.350, city attorneys and officials coerced another "inspection" of the property and the House of God they previously condemned.

On February 1, 2016 at 9:00 A.M., newly retained outside attorney, Robert C. Shearman of the Fort Myers Law Firm of Henderson, Franklin, Starnes & Holt, P.A.; City Assistant Attorney Steven Griffin; Cape Coral Fire Department Marshall C. David Raborn; Building Department Inspector John McConnell; Code Compliance Supervisor Mike VanDeutekom; and the want-a-be policewoman and Code Compliance Inspector, Marilyn Buck, (who originally conspired with a prior resident in his attempt to defraud us after stating that he "was going to fall down the stairs and sue them (us)

Left to right: McDonnell, Shearman, for everything they (we) got")

VanDeutekom, Buck,and Raborn swarmed over the private home like a flock of locust.

Still contending that the private residence located at 2307 SE 15th place is a "commercial property based on the City's previous secret rezoning of the land, Fire Marshall Raborn, in a retaliatory act for our previous complaints of improper conduct and abuse of his authority, proceeded to make erroneous assertions that the private residence was not up to commercial code requirements. Although not included in the claimed required inspection of the residence at 2307 SE 15th Place, Marshall Raborn and the other City officials then proceeded to make an arbitrary inspection on the Senior and Disability Facility next door at 2315 SE 15th place. (NOTE: Our regular annual Fire Inspection is performed every year in July, and it was apparent that Marshall Raborn attempted to circumvent his authority and do a surprise inspection in hopes to find something wrong. He didn't as all operations are properly maintained and all requirements existed)

In a coerced act by attorney Shearman to threaten to object to our recent filing of our Amended Counter-Complaint and object to an extension of time to respond to interrogatories, attorneys for The Haven agreed to the inspection over the objections of The Board of Directors. Previously the City unlawfully entered the private home of the religious organization on four occasions, (on December 12, 2014, January 23, 2015; January 26, 2015, and March 23, 2015) and The Haven had previously granted the required Rule 1.350 discovery process inspection on August 7, 2015. It seem like the city thinks that they can have multiple bites of the apple, or continue to abuse the inspection requirement in a continuous attempt to intimidate, threaten, and harass us, and their attempt to find additional issues to file other claims of violations. After we allowed the required discovery inspection on August 7, 2015, Code Officer Buck filed 2 additional Notices of Violations for using a water hose connected to our senior Building to water the trees and shrubberies of the residence building, and for an extension cord to use our weed eater and table saw, claiming the electric extension cord was permanent wiring, and the water hose was permanent plumbing. The August 7, 2015 inspection was also made by City Attorney Griffin, Code Officer Buck, and building Inspector McConnell. The February 1 inspection added Fire Marshall Raborn, who has no authority over private residences; Code Supervisor (of Buck) VanDeutekom; and newly retained outside attorney, Shearman. All 4 Cape Coral employees who raided the home on February 1 2016 had complaints lodged against them by The Nelsen Residence as far back as February 1, 2011 (exactly 5 years) for improper behavior, and has to be construed as a deliberate act of retaliation. 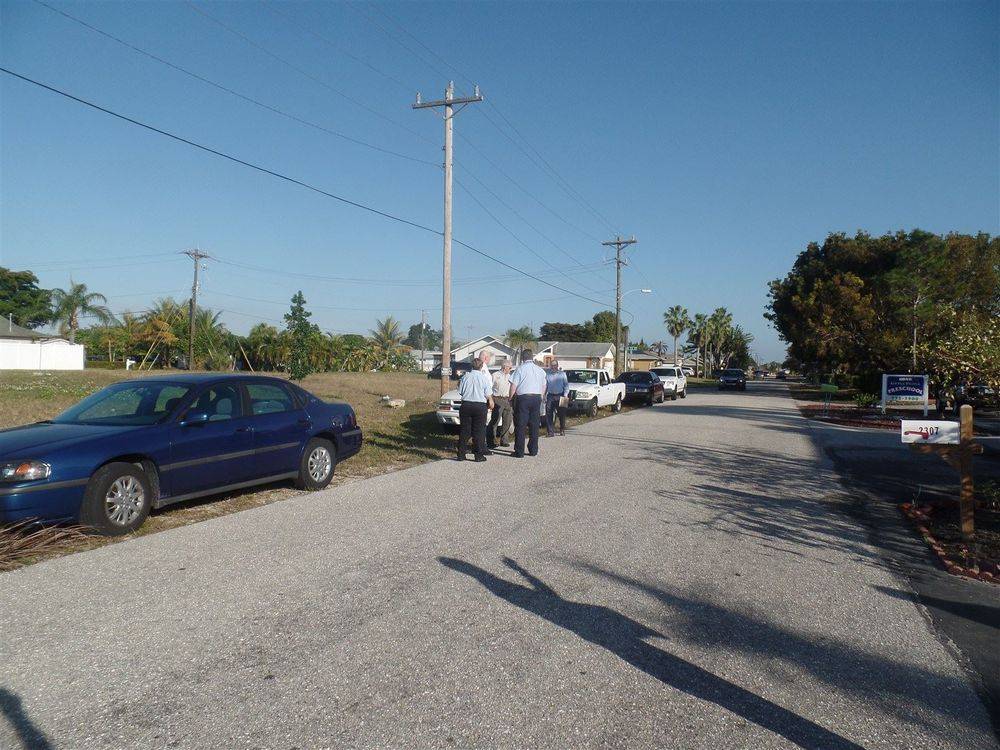 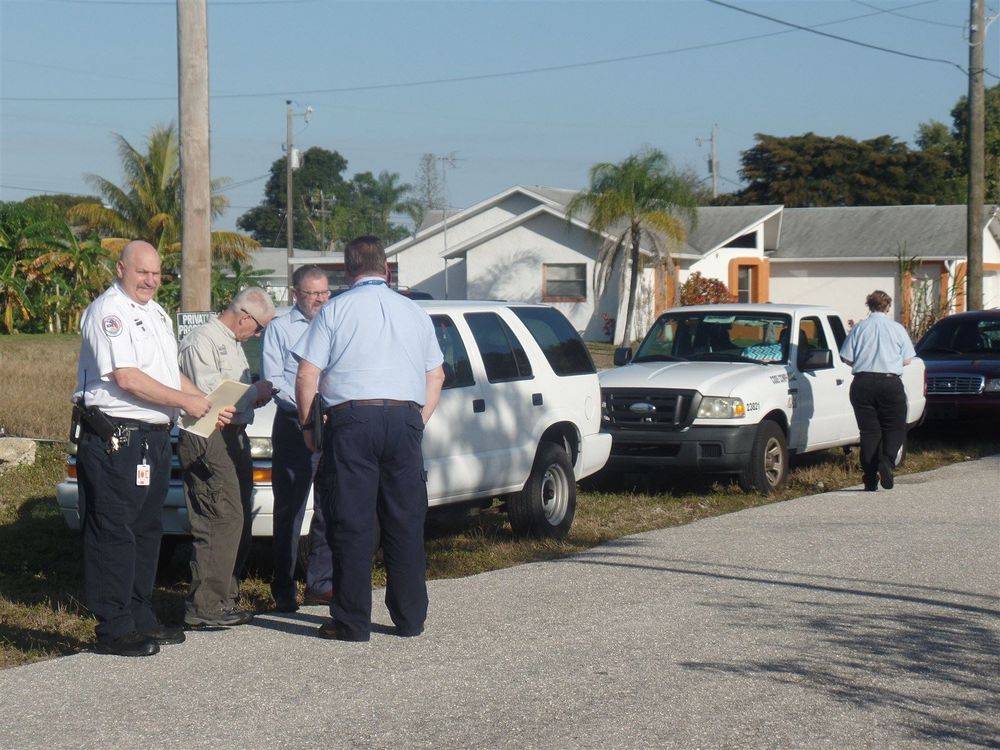